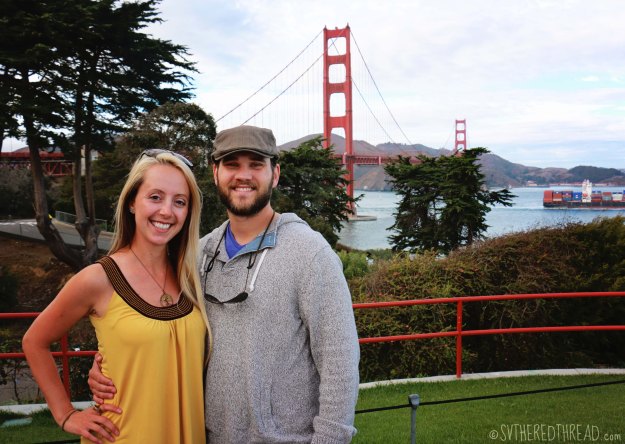 From Bridge to Berkeley
San Francisco lived up to its reputation of great food, consistent [if not a bit ferocious] afternoon winds, and beautiful cityscapes. After a foggy welcome by the Golden Gate Bridge, we made our way across the bay to Berkeley Marina. We docked next to our sailing friends from Port Ludlow, WA, a family of three who made the trek from Washington to California a month prior. With nearly a week at sea behind us, nine days after leaving our homeport, the crew of s/v Namaste gave us a banger welcome! 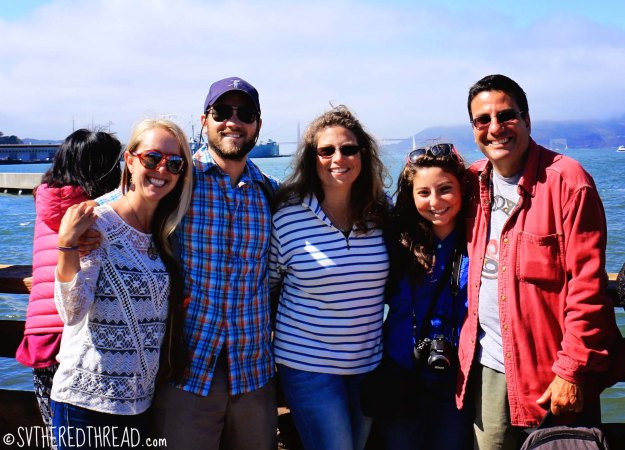 At less than 50 cents per foot per night, Berkley Marina may very well be the least expensive moorage option in the Bay area. There aren’t any services or sights easily accessible within walking distance from the marina, which suited us well as we had a list of nearly two dozen boat to-dos that demanded our attention. First on the list, a much deserved night of sleep! Despite the many tasks that needed to be accomplished, however, our eagerness to explore San Francisco won, and we jumped at the invitation to explore Fleet Week festivities with the crew of s/v Namaste the next morning.

Fleet Week festivities
Fleet Week is part air show, part American military celebration, and part boat show. We watched amazing aerial acrobats diving and spinning in planes above the downtown waterfront and enjoyed a parade of Coast Guard cutters and aircraft carriers in front of the historic fisherman’s wharf. The USS America, a high-tech amphibious assault ship, was even being commissioned as part of the celebration. We shook hands with Navy servicemen and learned about their recent deployments to Asia, and when they inquired about our travels, they seemed equally excited to hear about our experience sailing south. 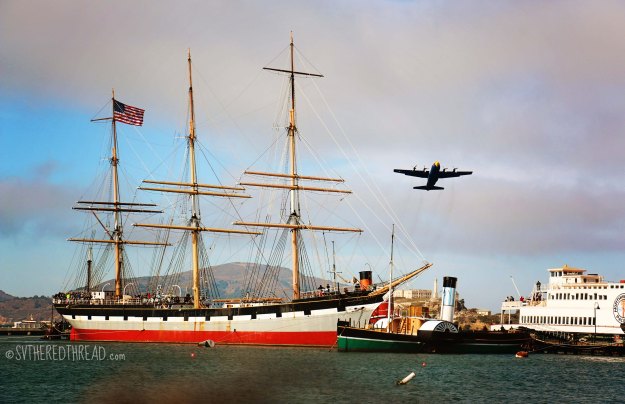 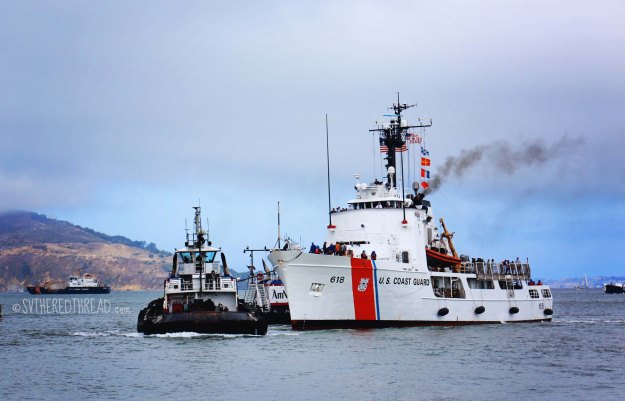 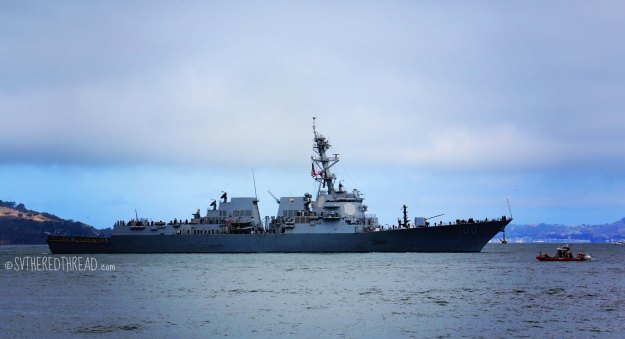 The sky was blue, the weather warm, and Neil tasted his first (and perhaps last) IN-N-OUT burger. Best of all, we stumbled across a Navy band performing in the promenade at Pier 39. For nearly two hours we rocked out to the best music from the 80s, 90s, and today. They were perhaps the best live band we had seen since our friend Helen’s 50th birthday bash, a prom-themed party where we all danced our hearts out and behaved like a bunch of drunken teenagers! Neil solidified his status as a “cool grownup” for 13-year-old Journey, the youngest crew member on s/v Namaste, when he belted out the lyrics to “Fancy” by Iggy Azalea at the top of his lungs. 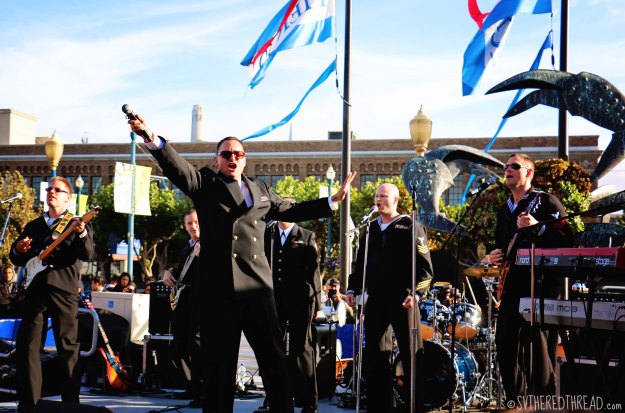 A gale in the shallows
After a few days of rest and boat projects, we were ready to move our floating home closer to the bustling big city. We anticipated a leisurely sail across the Bay when we left Berkeley for the Aquatic Park; however, as we emerged from the protected breakwater of the marina, we were met with an 18- to 20-knot breeze directly on our nose. When we initially arrived in San Francisco, we had been shocked to learn that the majority of the Bay is less than 20 feet deep, a mere puddle compared to the 300-feet we were accustomed to a few hundred yards beyond the breakwater at Elliott Bay Marina! Since the depths near the marina are only 10-12 feet, we pressed forward, ready to hoist our sails when we got into deeper water. The Red Thread loves a stiff breeze! Our plan to ride a jovial beam reach to the Aquatic Park was thwarted when winds climbed abruptly and significantly. The next thing we knew, we were hove-to in 33-knots of wind and 12-feet of water and were staring at each other dumbfounded by the volatile lashing that Mother Nature was delivering. Believe me, subsequent movement around the Bay was accompanied by much more diligent attention to impending weather conditions! 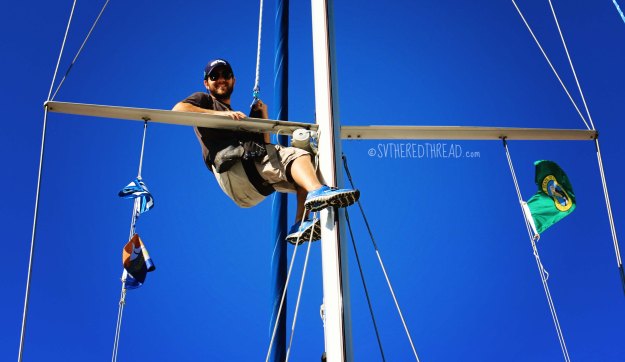 Hooked in the city
All ended well and some four hours later, we had dropped the hook in the Aquatic Park and poured ourselves a drink! For mariners visiting the San Francisco Bay, the Aquatic Park is a gem that absolutely should not be missed! In a city where moorage is pricey and anchorages in the downtown area are otherwise nonexistent, discovering the Aquatic Park is akin to hitting the jackpot! Here, sailboats may obtain a free permit to anchor for five days next to historic Hyde Street Pier and Ghirardelli Square. Dedicated swimmers brave the chilly water from dawn till dusk, and the buzz of the city can be observed from the comfort of your cockpit. We beached our dinghy on the sandy shore each day, ready to explore and meld into the hubbub of the city.

An architectural kaleidoscope
When exploring a new city, we often subscribe to a “best by sneaker” mentality and try to get out and walk (and walk…and walk…and walk), rather than relying primarily on the advice of guidebooks. This approach sometimes means we miss out on “must-see” attractions, but it also means we have the opportunity to stumble upon interesting treasures in off-the-beaten-path nooks and crannies. San Francisco is an ideal city to explore on foot. Each neighborhood has its own distinct character, vibe, and style. Exploring sky rises in the financial district, historic buildings and boats on the waterfront, colorful streets and strange eats in Chinatown, Spanish architectural influence in the Marina and Presidio neighborhoods, elegant curves of the Palace of Fine Arts, and blocky row houses on Nob Hill left us with an appreciation of vibrancy of San Francisco, one of America’s most well-known cities. 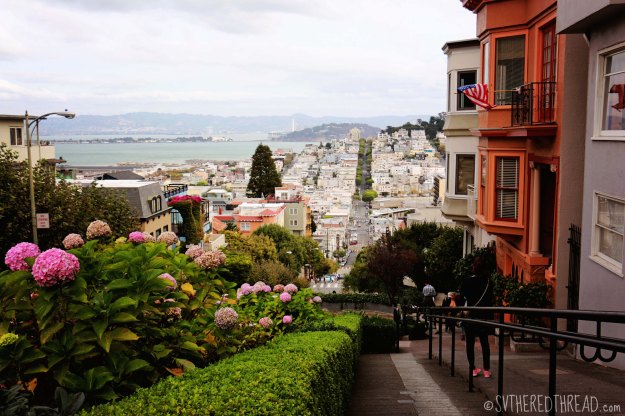 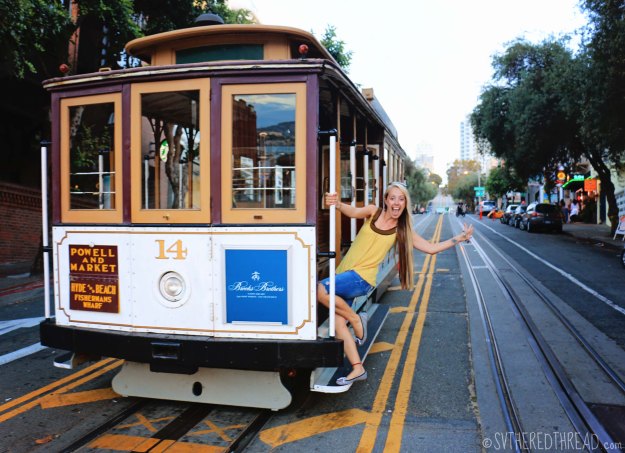 Friends in Frisco
In addition to its many tourist attractions, San Francisco is also home to some of our friends! We hung out on the boat with one my childhood girlfriends, her kids, and her dad, a man who had been a second father to me during high school; watched football with one of my best friends from college, his awesome wife, and his bubbly baby girl; ate fantastic pizza with friends who recently relocated from Seattle; explored Sausalito with my old yoga buddy and his spunky girlfriend; and ventured into the best rum bar outside of the Caribbean with Neil’s cousin whom he had not seen since he was a teenager. We even met our first “blog fans”, Chris and Monica on s/v SeaGlub, who’ve been following us for a while now and reached out in friendship. How cool is that?!?! 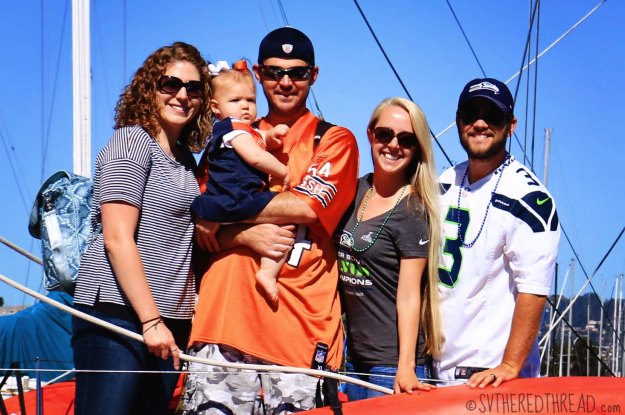 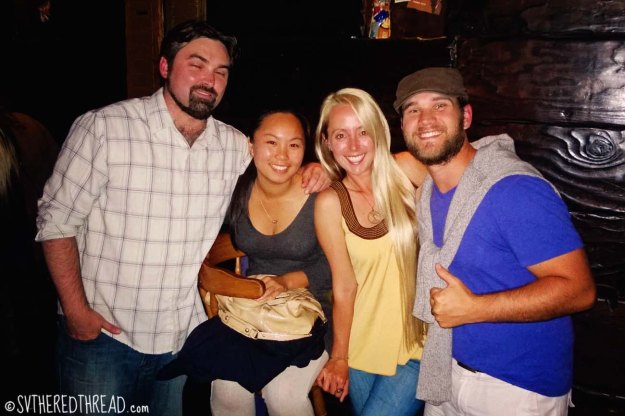 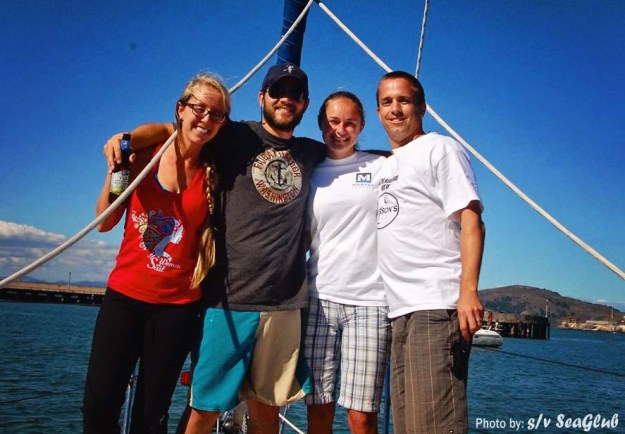 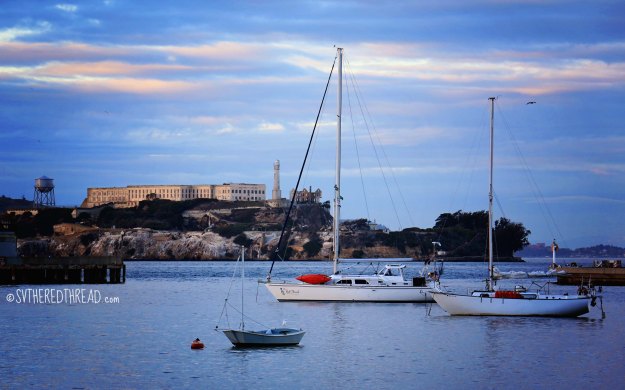 15 thoughts on “Sittin’ on the dock of the bay”